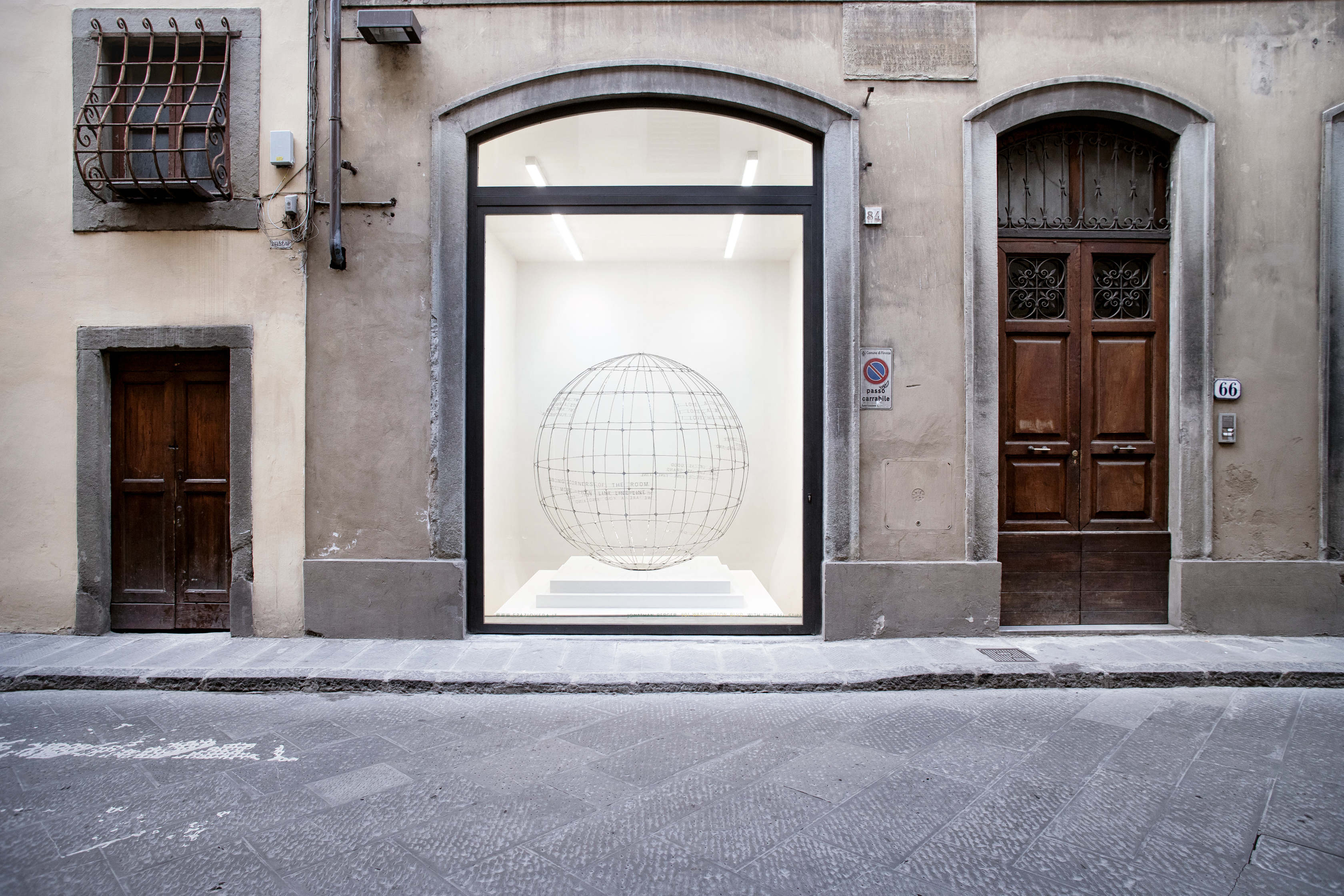 VEDA is pleased to present 901 Washington Blvd, a solo exhibition by Jonathan Berger with new text and music by Michael Stipe, on view from May 25th to July 20th, 2018. Please join us for the exhibition opening on Friday May 25th, 2018, at 18:30.

Arguably one of the most significant creative collaborations of the 20th Century, Charles and Ray Eames operated out of an office in Venice, California from 1943 until Ray Eames’s death in 1988. Within their office walls at 901 Washington Boulevard, the iconic American designers produced a remarkable body of work, as prolific as it was eclectic. The physical structure of the office, located in the former Bay Cities Garage, was essential to their design practice.  Not only did it practically support the many different types of creative production in which they were engaged—ranging from furniture, textile, and exhibition design, to filmmaking, architecture, collecting, advertising, painting, photography, and ways of making that defy definition— but it also galvanized these seemingly disparate activities as a coherent singular vision for the world at large, by housing them under one roof. As a space, the Eames Office also came to embody Charles and Ray’s relationship—a marriage rooted in deep and true love for one another’s minds and an investment in the endless, alchemical possibilities that a union defined by working together could offer. Berger’s exhibition at VEDA explores the strength of this bond, its magic, and the way in which it took on the form of a freestanding building whose exports—ideas and objects—redefined material culture. 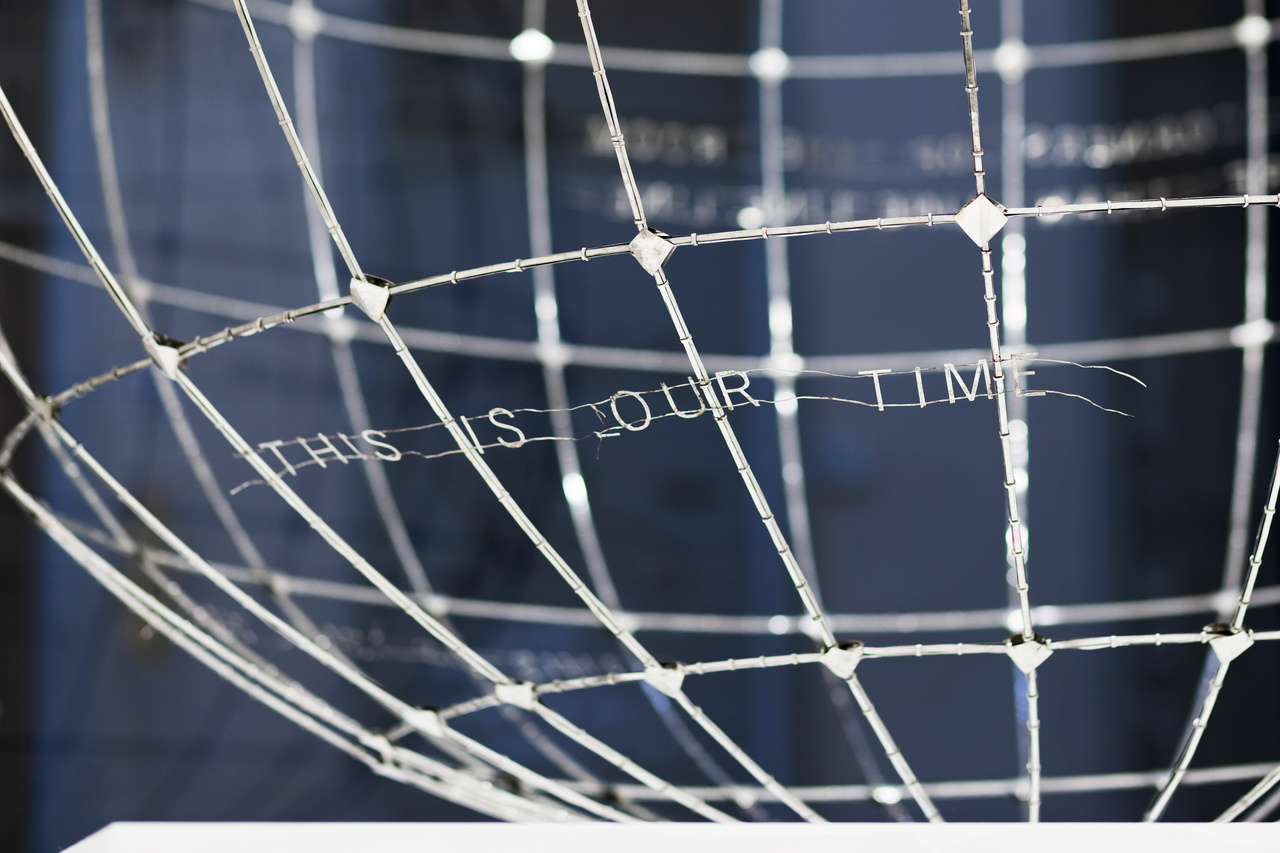 In the front gallery, Berger presents a large globe that occupies the whole space. The sphere is comprised of numerous delicate, interlocking rings constructed from a lustrous, wrought silver tin material, which the artist has used to create all of the objects in the exhibition.  Sporadically populating the sphere’s surface are the lyrics of a love song about Charles and Ray Eames’s relationship that Berger has spelled out using hundreds of small hand-cut tin letters. The song was written and recorded by artist and musician Michael Stipe for the occasion of Berger’s exhibition.

Berger’s globe evokes the wonderment and spectacle that permeated the Eames’s work and notably, in this case, their design of the IBM Pavilion for the 1964 World’s Fair, which was considered emblematic of the Eames’s imaginative “outsider” approach to a given field or format.  Berger’s sculpture also calls to mind the Eames’s “Solar Do-Nothing Machine”—a kinetic aluminum sculpture powered by the sun that was commissioned by the Aluminum Company of America in 1957. While this object, whose movements were activated by sunlight, gave the impression of industrial function, the Eameses declared that the machine’s job was “to be and not to do.” Subsequently, the object’s identity was defined by the anthropomorphic manner in which its movements, material, and aesthetic sensibility imbued it with the qualities of a living thing, making it uniquely relatable in unexpected ways.

In the back gallery at VEDA, Michael Stipe’s song fills the space, playing through a homemade speaker—a simple tin box with a hand-cut stylized perforated surface, at once an instrument and a sculpture. The music that this speaker emits—both its melody and lyrics—offers an emotional space that becomes a parallel narrative or framework through which to experience the objects in the exhibition.

Adjacent to the speaker and hanging on the wall is a small-scale model of the Eames Office at 901 Washington Blvd. This sculpture, which is also constructed from tin, presents an aerial view, allowing the object to exist simultaneously as a two-dimensional blueprint and a three-dimensional diorama. The model depicts the Eames Office as it was configured in 1979, soon after Charles Eames’s death; it was created utilizing a floor plan from the Library of Congress’s exhaustive Eames archive, which Berger continues to draw on as a resource. Berger considers the building as an embodied portrait of the Eames’s particularly idiosyncratic relationship, the intimacy of which is underscored by the specific moment of the blueprint. Berger’s title for the piece, August 21, 1978 / August 21, 1988, references the dates of Charles’s and Ray’s deaths respectively, which took place exactly ten years apart to the day. Berger views these seemingly incidental, yet highly unusual, facts as evidence of the power of Charles and Ray Eames’s connection. So too do they amplify the manner in which the Eames’s creative collaboration was fueled by a type of love, which ultimately remains as unclassifiable as it was profound.

The artist wishes to thank the Eames Office, Alhena Katsof, Andy LeMaster and Meg McAleer, without whom this exhibition would not have been possible.

901 Washington Blvd is the first in a series of eleven investigative portraits, each of which demonstrates a unique relationship built on an extraordinary bond that lies outside the bounds of conventional romance. The project will be presented in its entirety in the form of a two-part exhibition, which is co-commissioned and co-presented by Participant Inc. Gallery (New York City) and The Carpenter Center for the Visual Arts at Harvard University (Cambridge), and scheduled for 2019/2020 respectively.

The two-part exhibition explores the profound intensity, depth of meaning, and transformative experience of each of these relationships as a manifestation of “true love.” In doing so, the project calls into question the manner in which contemporary society defines “true love,” as well as its exclusion of the wide range of non-conventionally romantic relationships impacted by true love’s many life-changing implications.

Berger’s project is informed by a two-year correspondence about this phenomenon with the writer Mady Schutzman, who is concurrently producing a book exploring the same topic. Schutzman’s publication will be released in conjunction with part one of the exhibition in 2019. 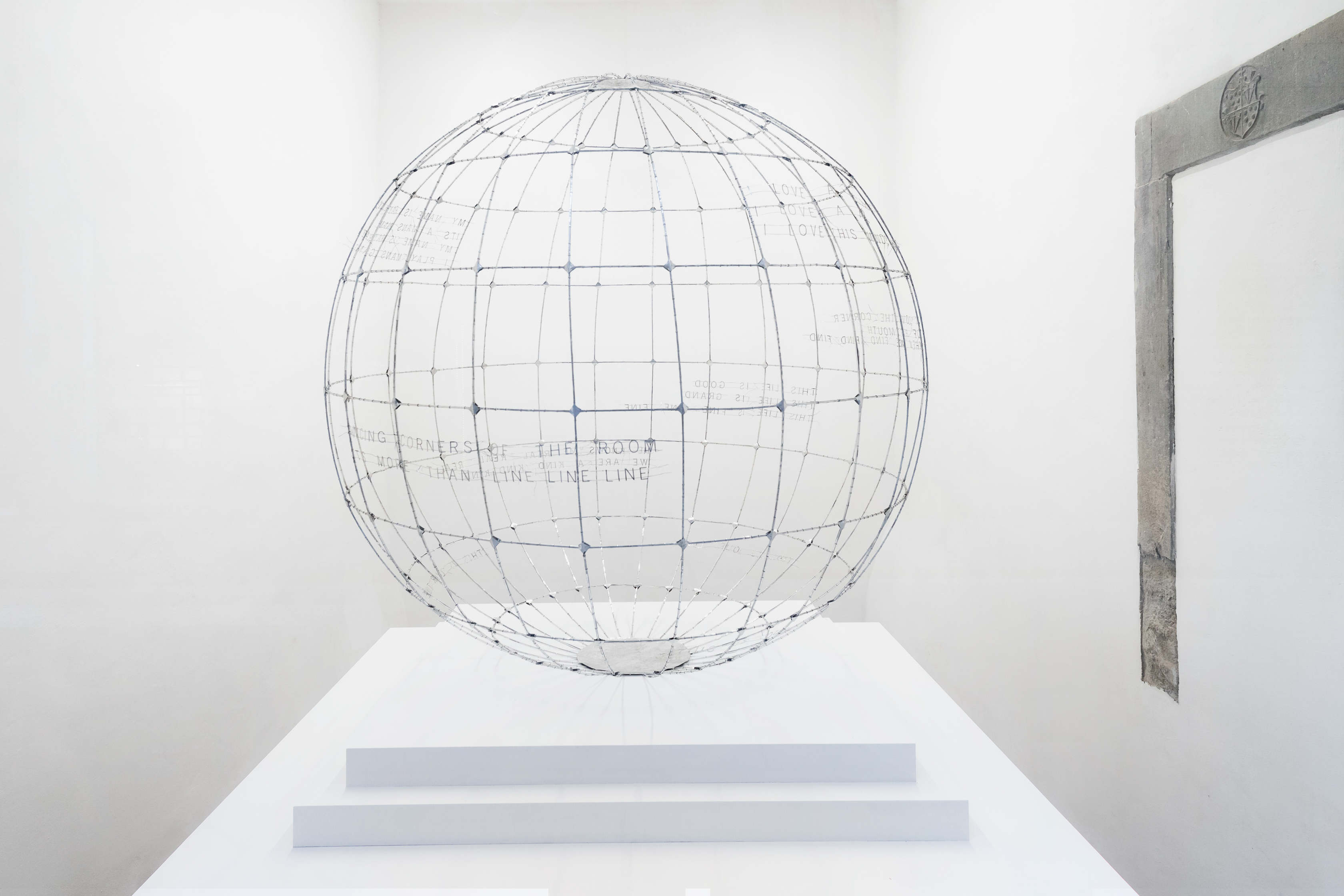 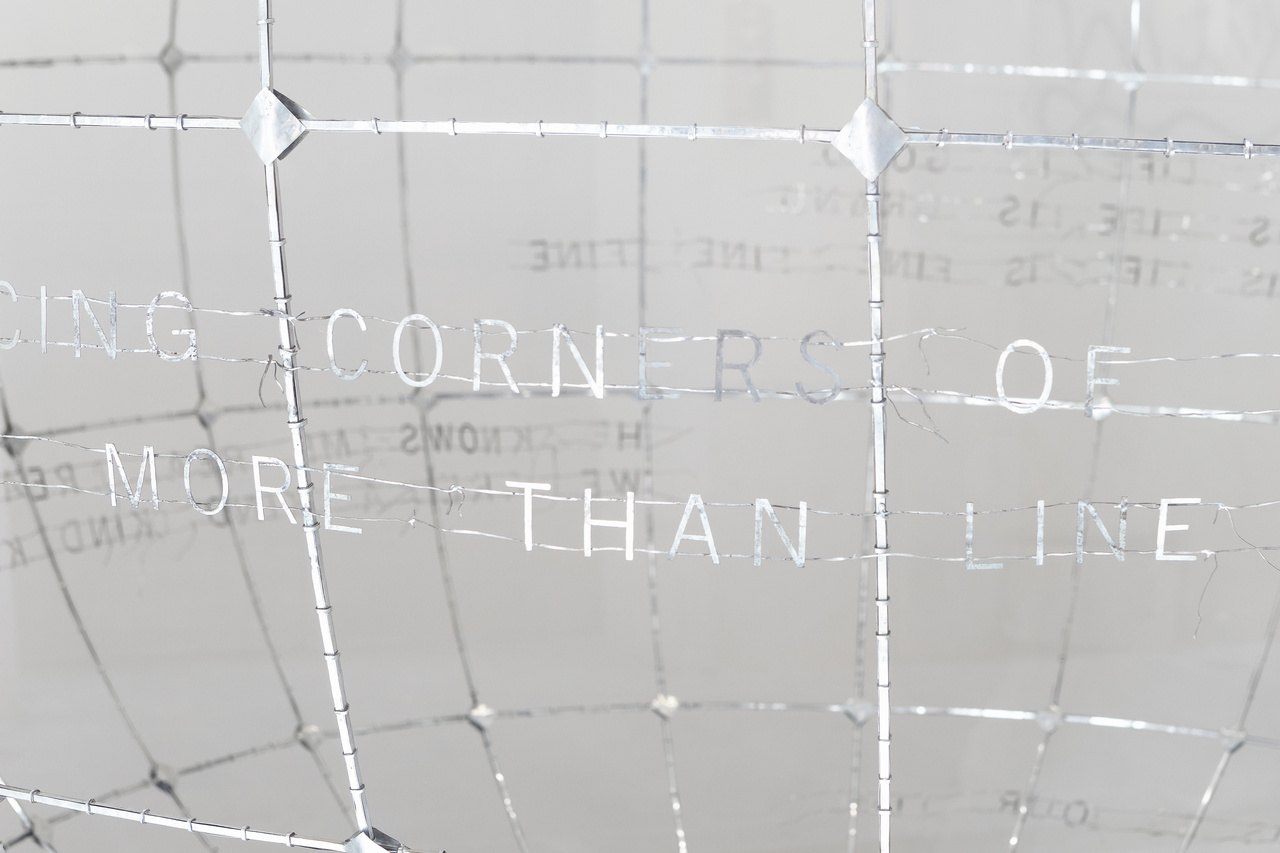 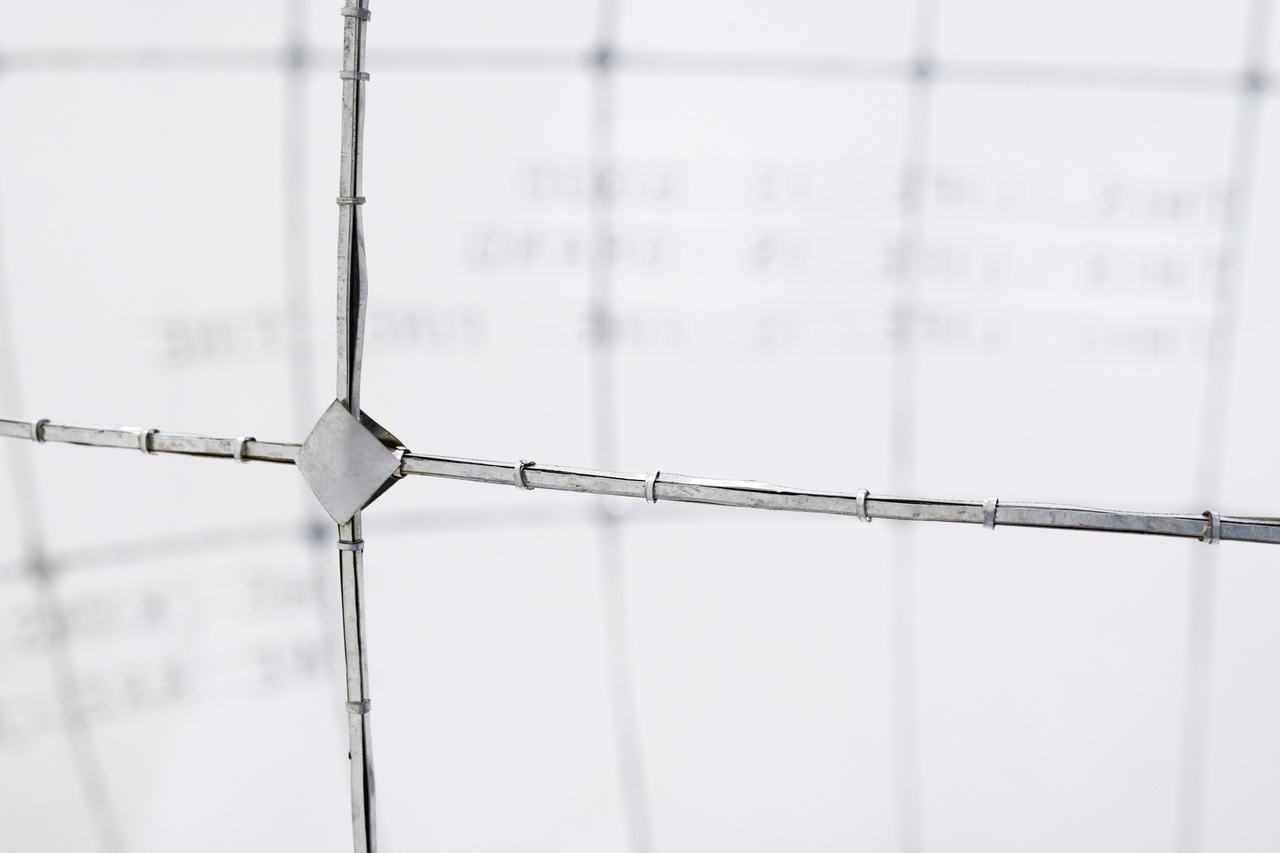 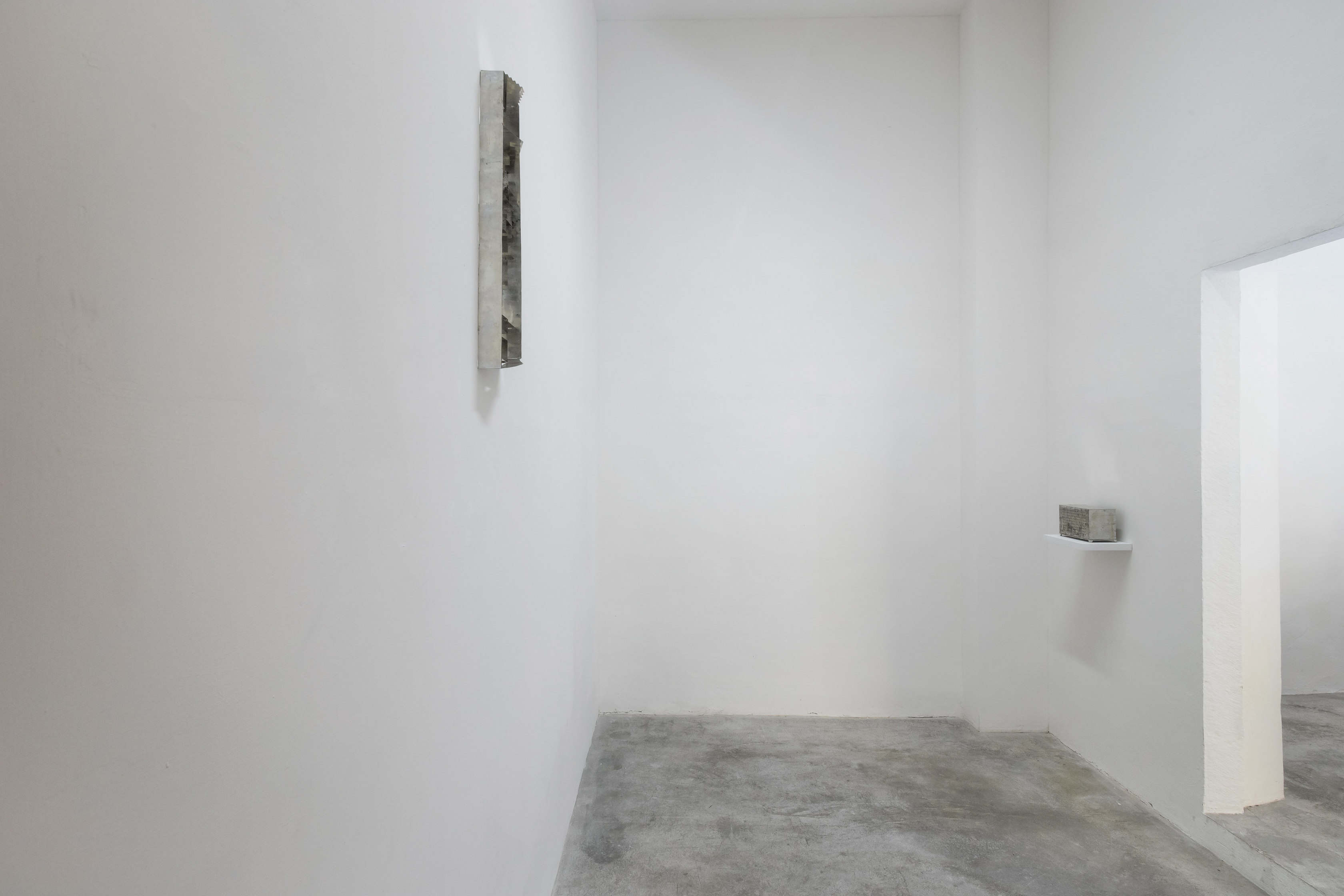 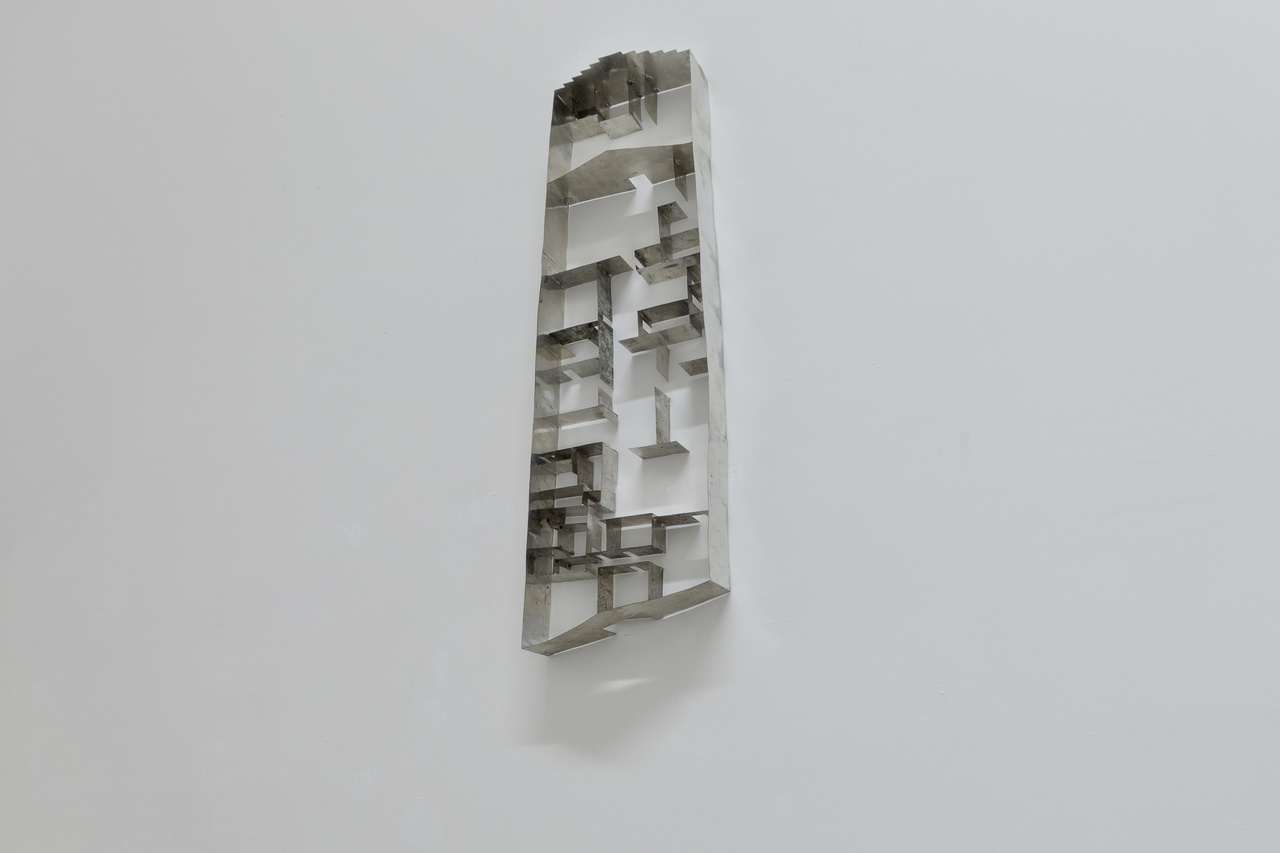 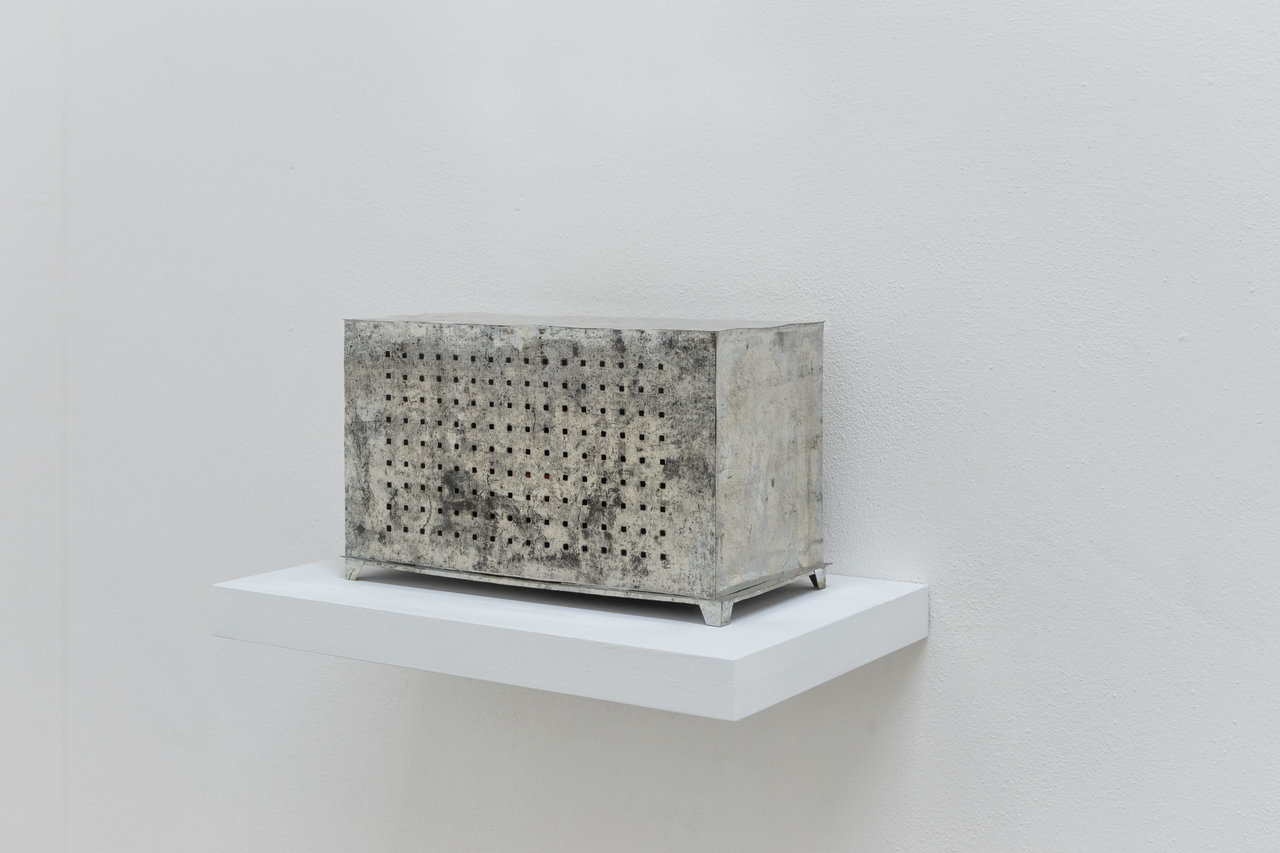 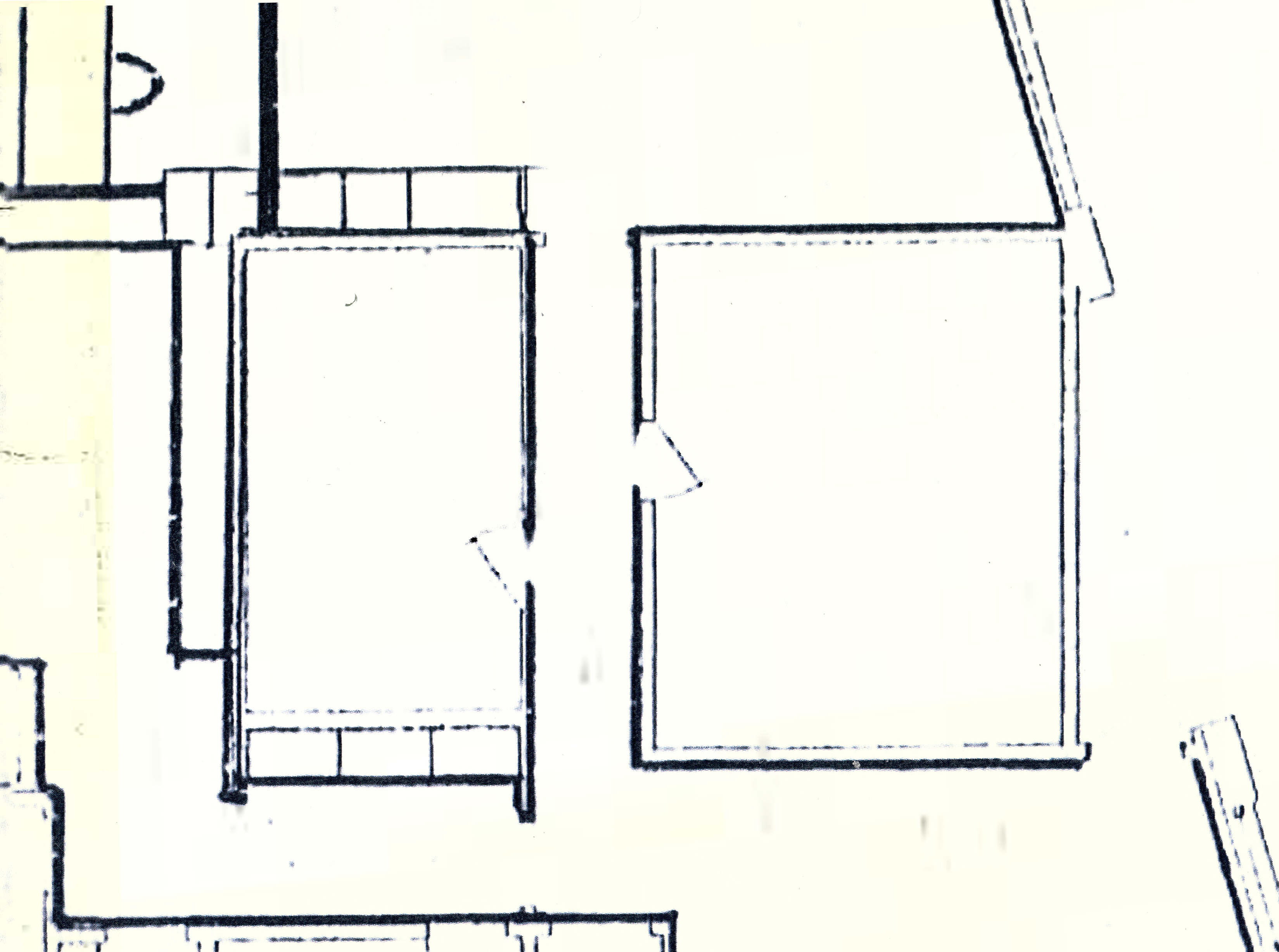