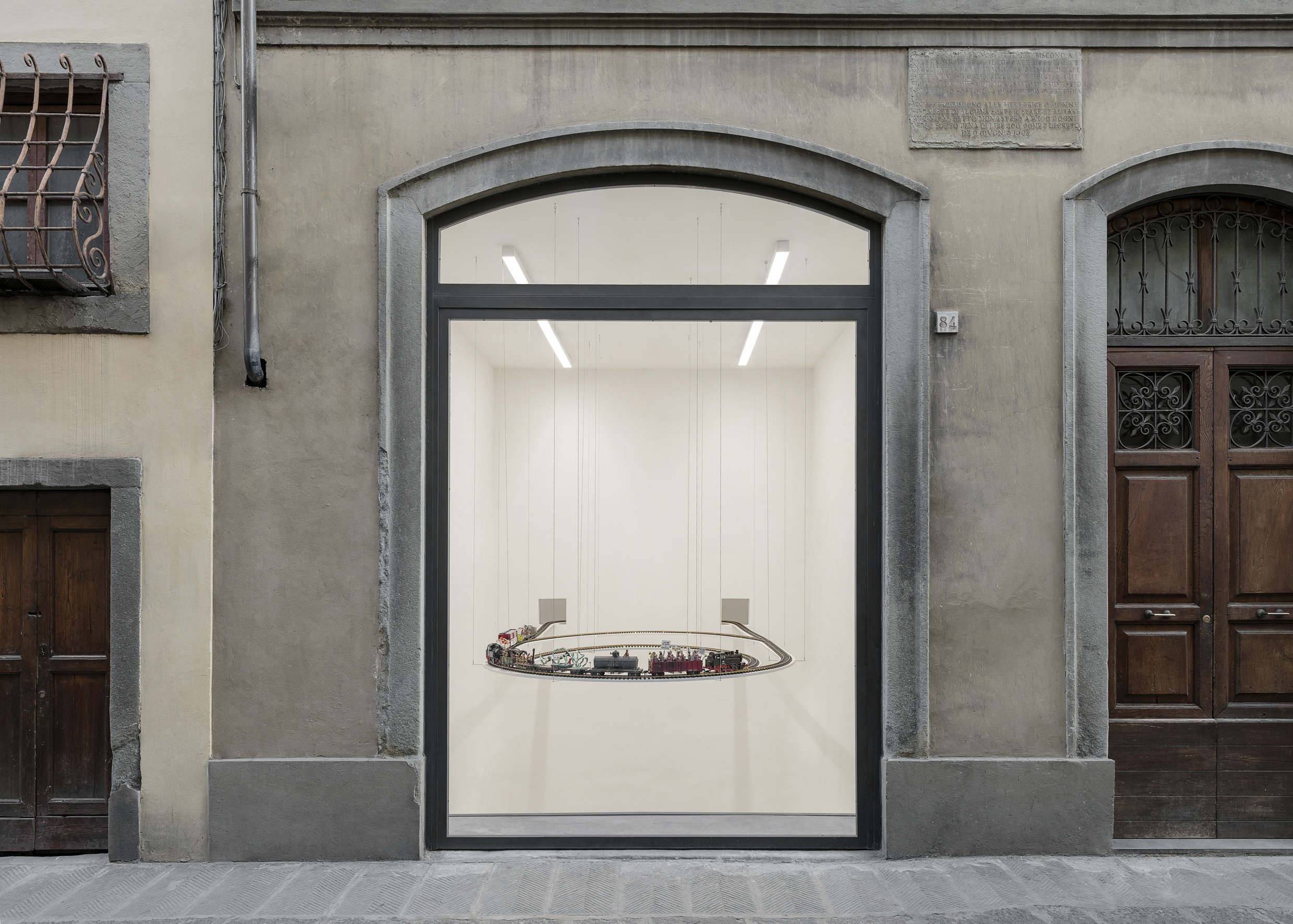 We Have Decided Not To Die

If only one were not obliged to disappear in the end. If only one could practice how not to vanish forever. - Arakawa + Gins, Reversible Destiny/ We Have Decided Not to Die., 1997

Silverman’s installation, We Have Decided Not to Die, takes the model train set as its point of departure. Traveling in infinite loops, the train’s cargo comprises a range of mass-produced plastic figurines from Catholic women in prayer, to WWE wrestlers, to chimera like creatures from Spawn. Its litany of forms recites a convoluted matrix of history, sexuality, consumptive value and holiness in miniature. At the rear of the train is the quote from John 14:23 - “He who loves me follow me.”

Here, Silverman proceeds with her broader investigations of cyclical patterns as they manifest in both religion and capital. Loops of eternal return and recurrence — the material affinities of spiritual yearnings and secular manufacture. The disparate values implied by its plastic cargo converge under the rubric of mass production, acting as a beacon of contradictory reverence. We Have Decided Not to Die attends to the repetitions of history, questioning what critical mass might interrupt its rhythms; why we still follow its train. 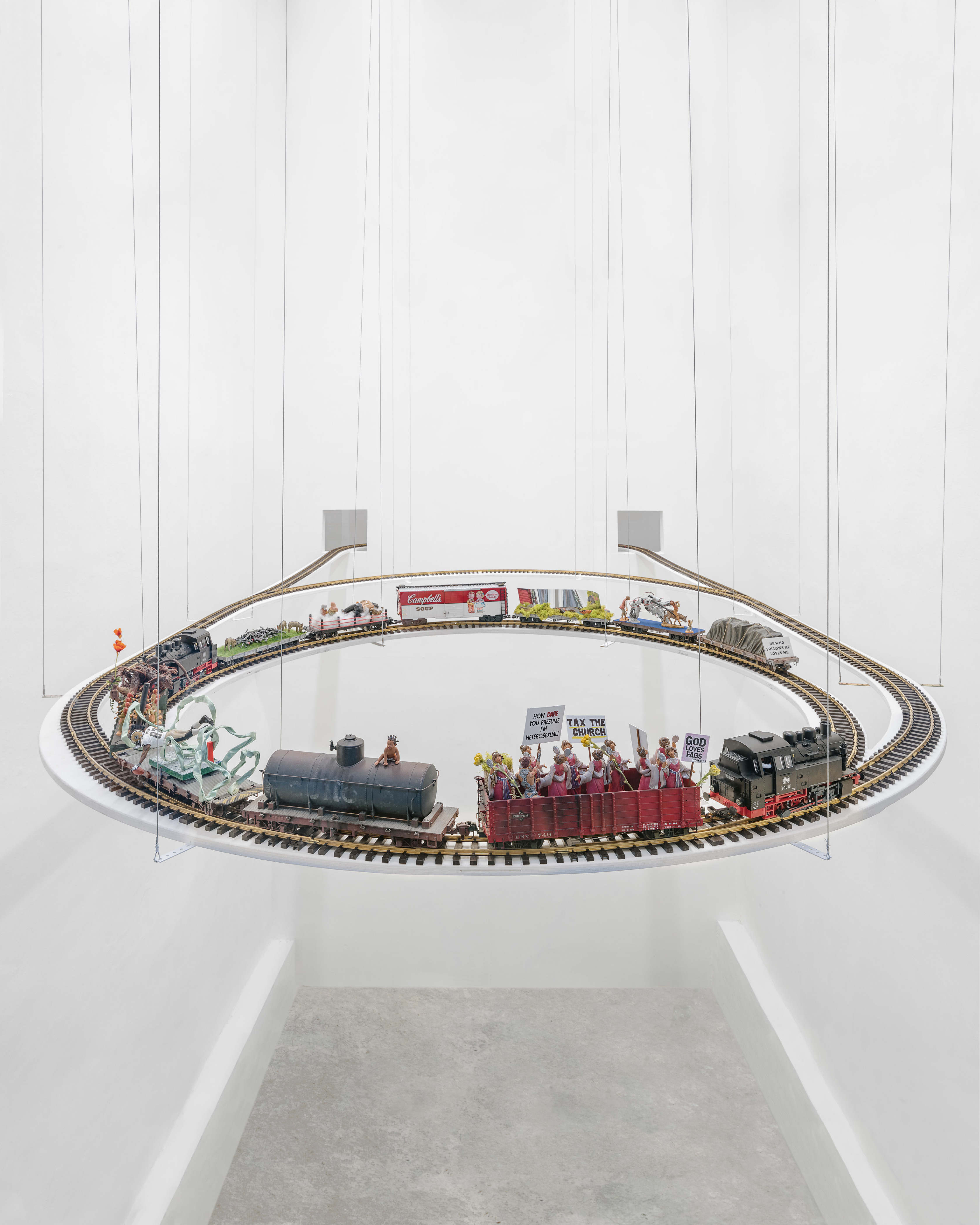 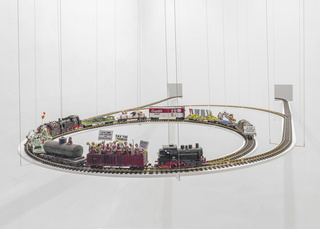 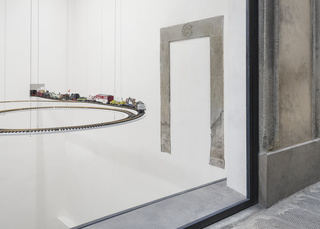 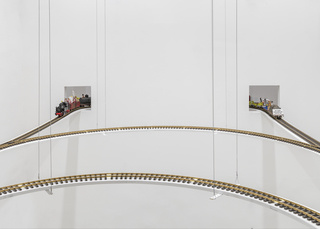 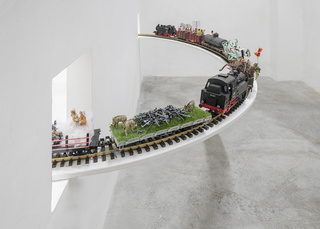 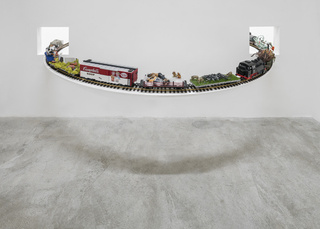 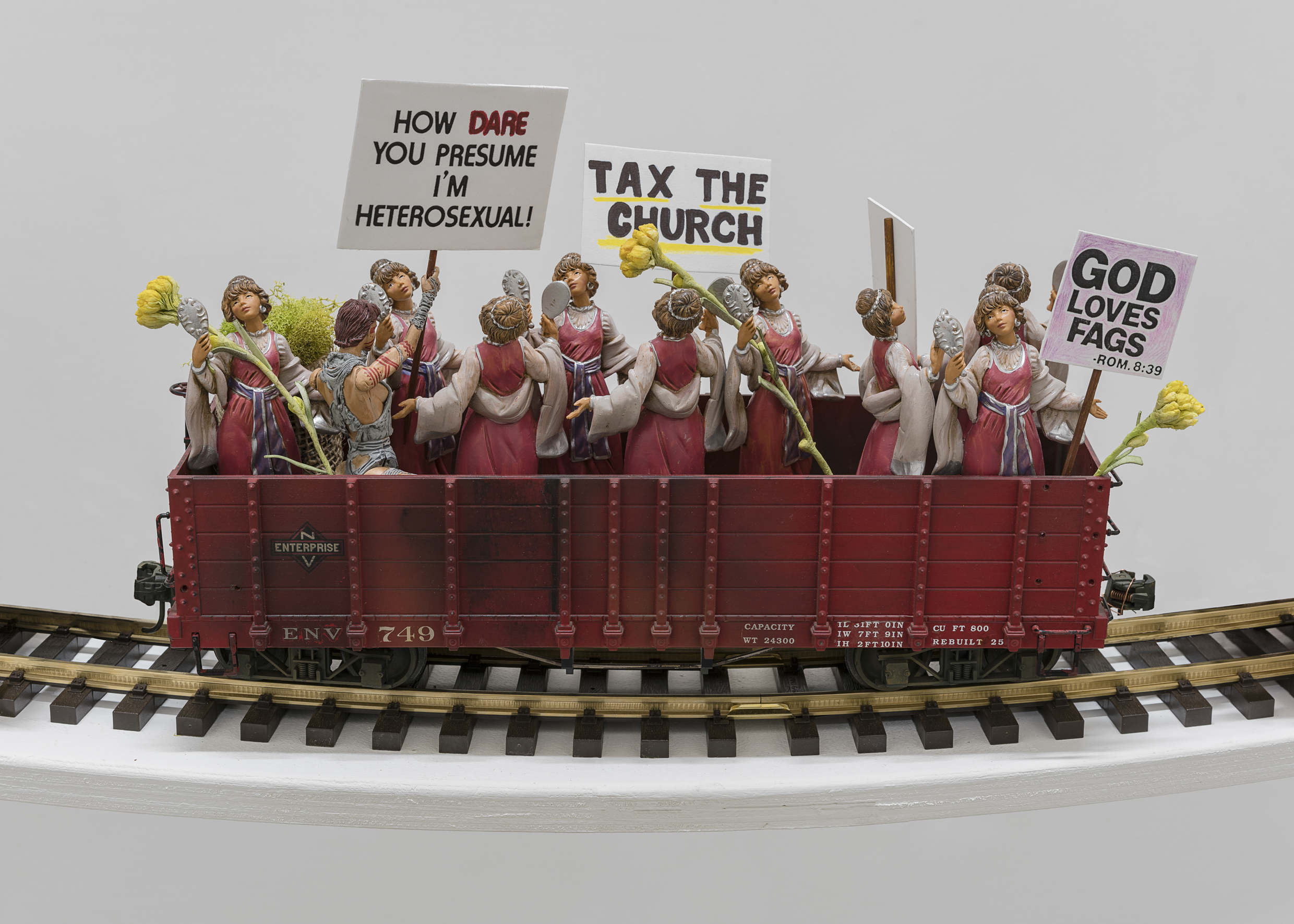 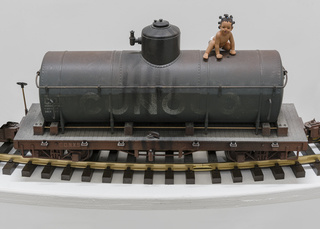 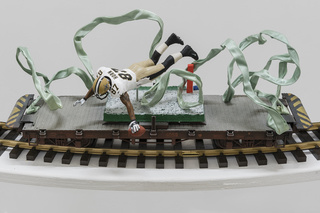 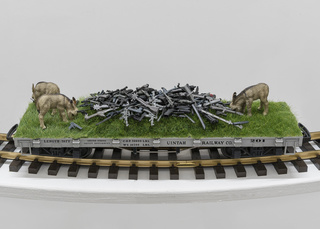 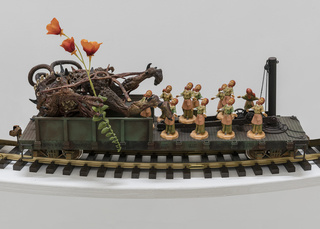 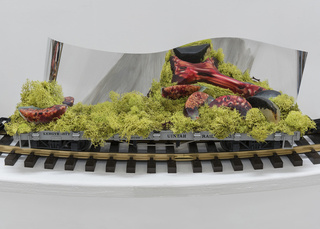 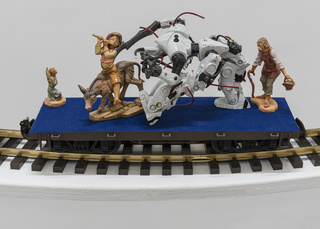 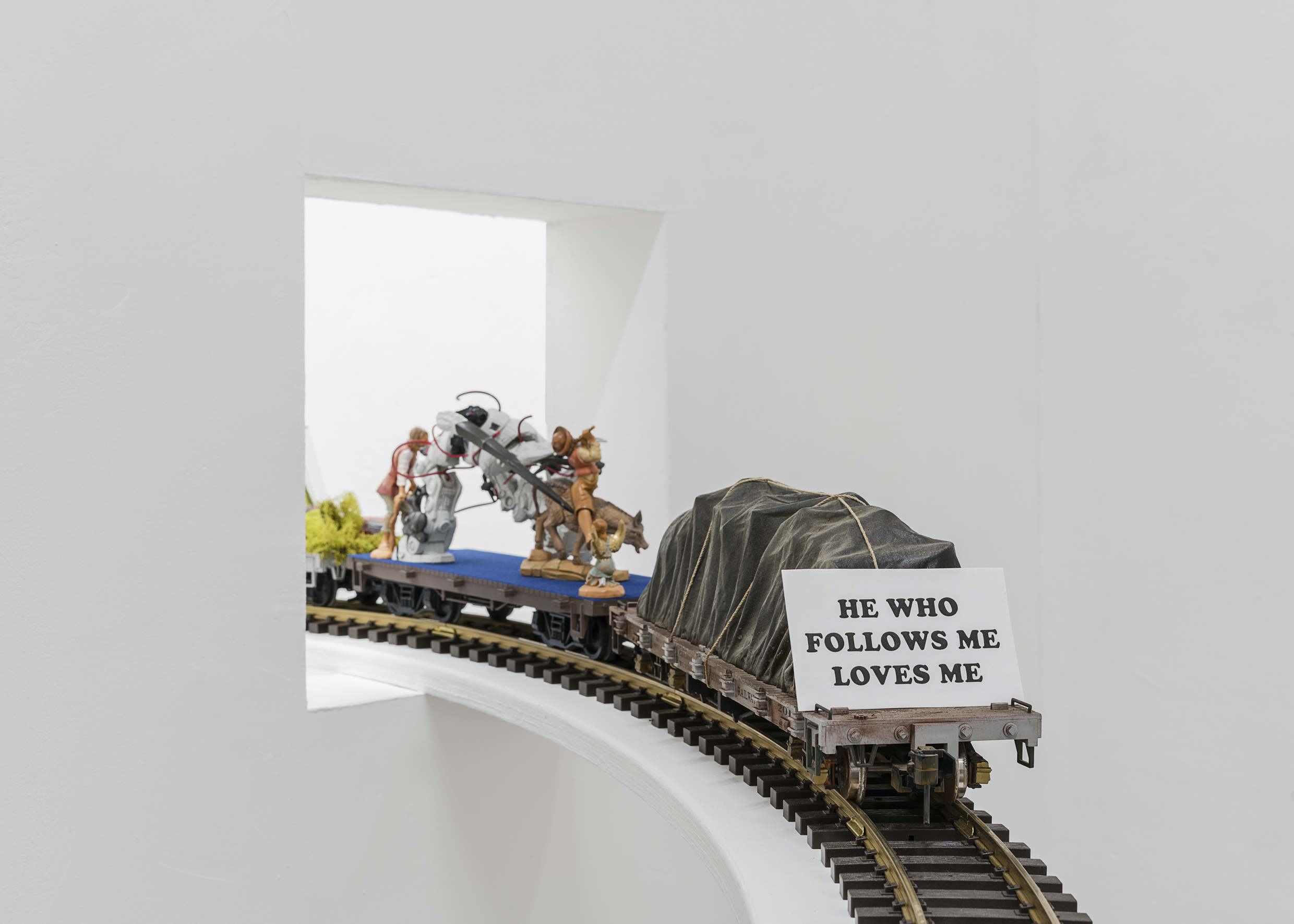