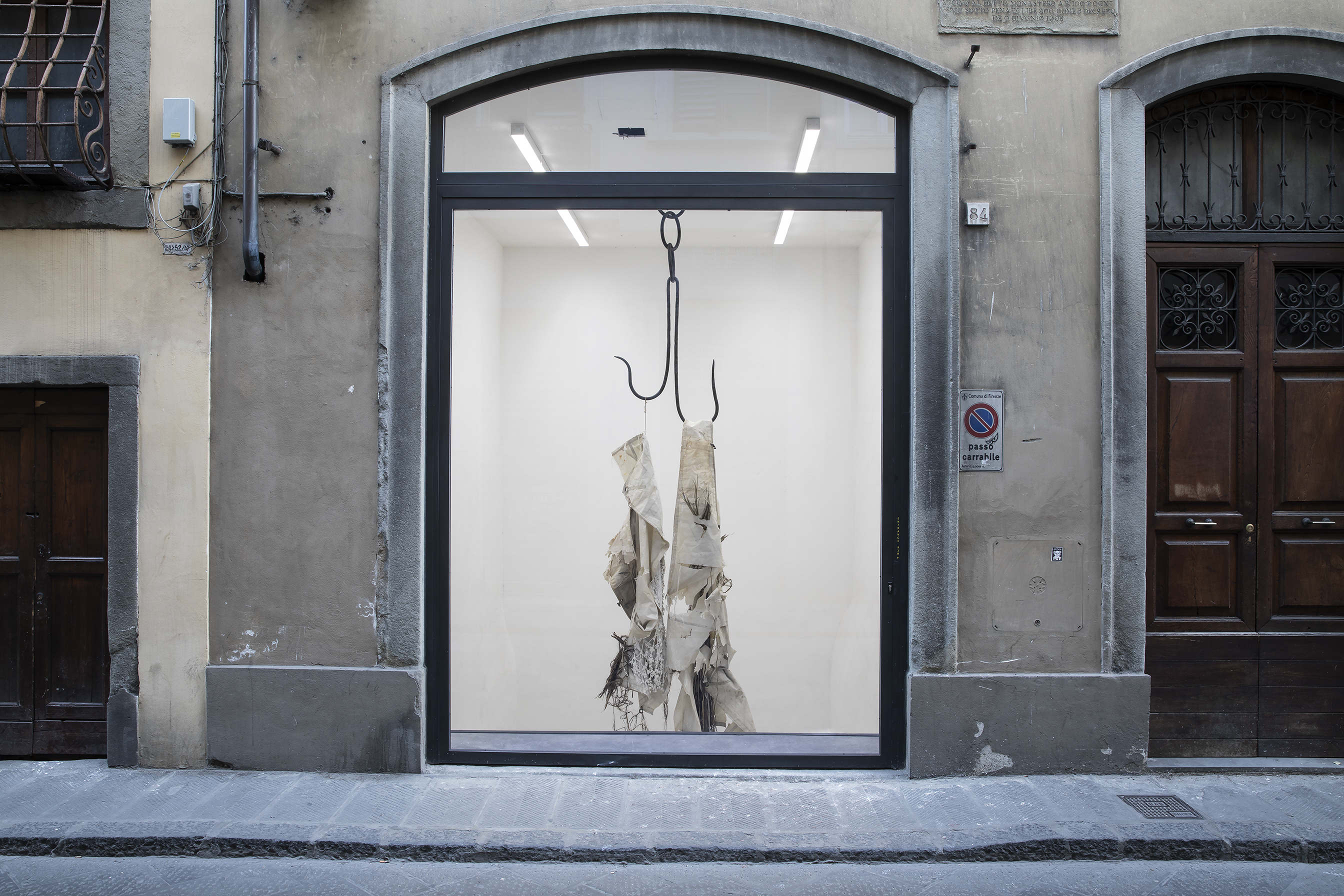 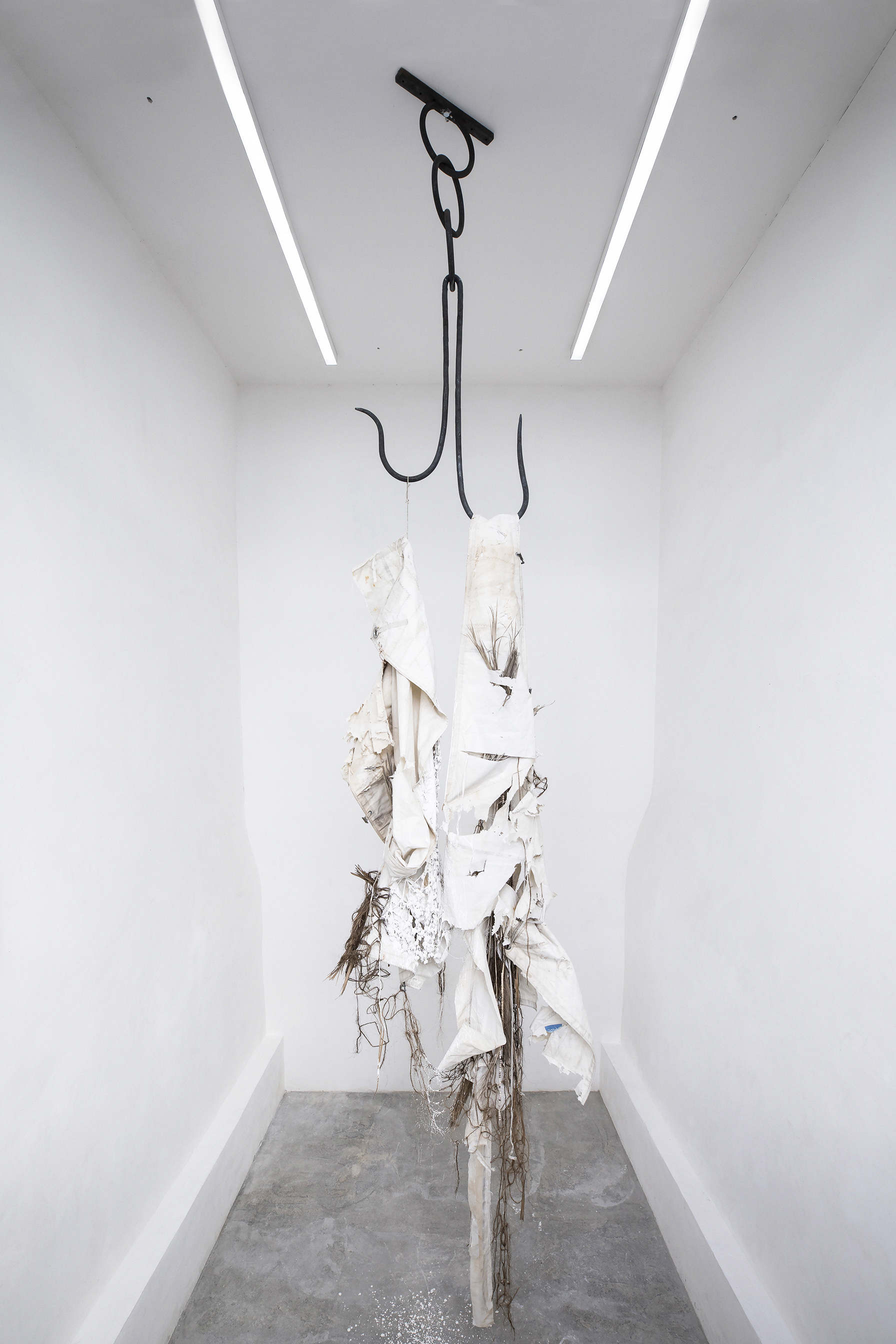 The undercommons, its maroons, are always at war, always in hiding.1

Beyond the State is the Stateless, a non-space with neither time nor restrictions. The Stateless is not the non-state, but an altered state in which Blackness exists unbothered. It is a utopia inhabited by the shipwrecked, the escaped and the free. The fugitive yearns for the Stateless. According to the Occupiers of the State, the Stateless and the fugitive do not exist and are not acknowledged; the fugitive must either be killed or choose self-destruction and pass into the Stateless by sea. Until then, the fugitive remains in limbo.

Dominique White’s sculptural installations consist of natural materials manipulated by wind, sea, and the artist herself. Often exhibited in states of suspension, the artist’s assemblages summon a range of presences and potentials (actual, virtual, historical, speculative) entangled with Black embodiment.

Fugitive of the State(less) presents a new large-scale sculpture behind glass at VEDA. Visitors will witness the suspended entrails of a forged iron dual-prong meat hook/cleat/anchor, destroyed sail, kaolin, tarred sisal, gold leaf, wooden beads, and cowrie shells, hanging from the gallery interior at a length of nearly seven meters. 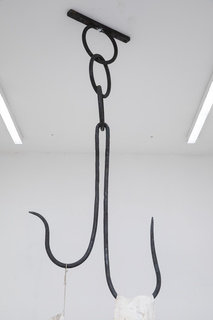 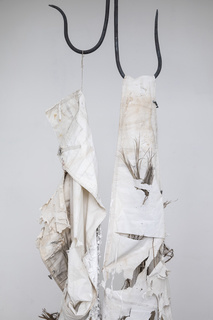 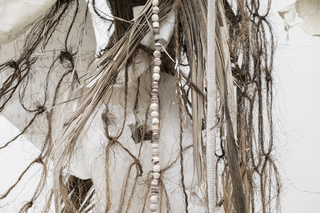 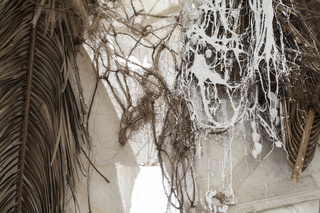 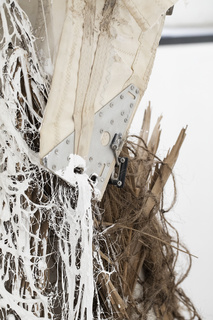 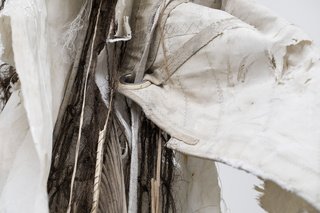 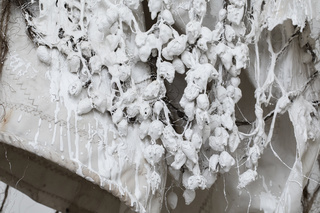 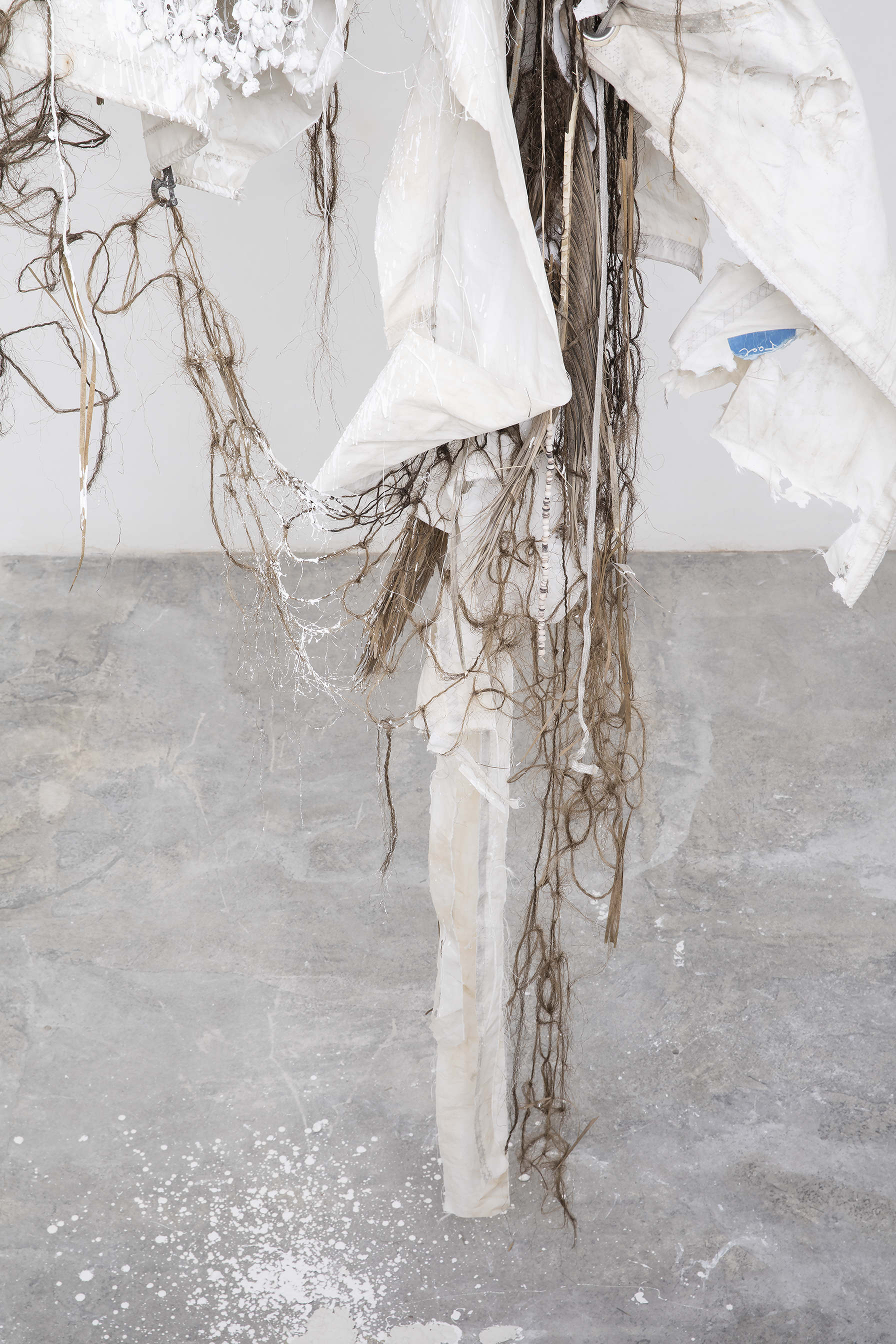